This blog was originally written by Kei Ishikawa (@kstoneriv3), summarizing his work during his internship at Preferred Networks developing Optuna.

In this blog post, we introduce the recent update in Optuna’s default optimization algorithm. This update enables better hyperparameter optimization performance with Optuna.

To use multivariate TPE, you need Optuna of version 2.2.0 or later. Once you have that installed, just turn on the `multivariate` flag of the `TPESampler` as follows.

Before diving into the details of the update from “independent” to “multivariate”, let us first review the TPE algorithm, which is Optuna’s default optimization algorithm. 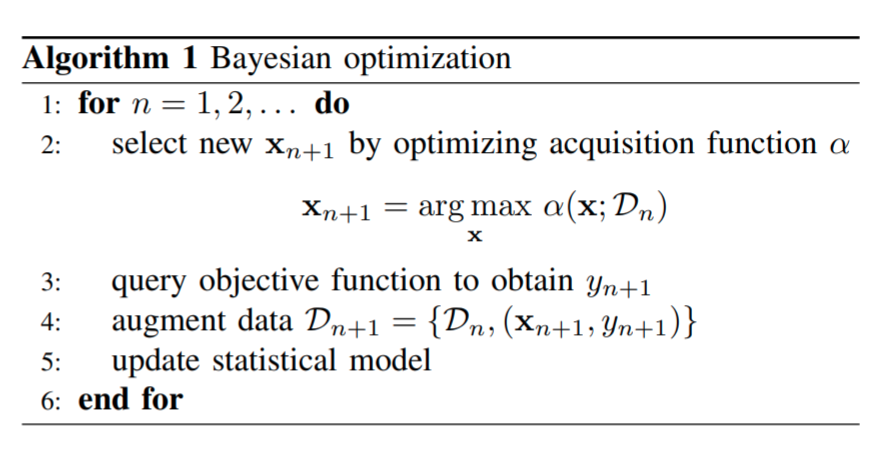 Pseudo code of Bayesian optimization from [2]. 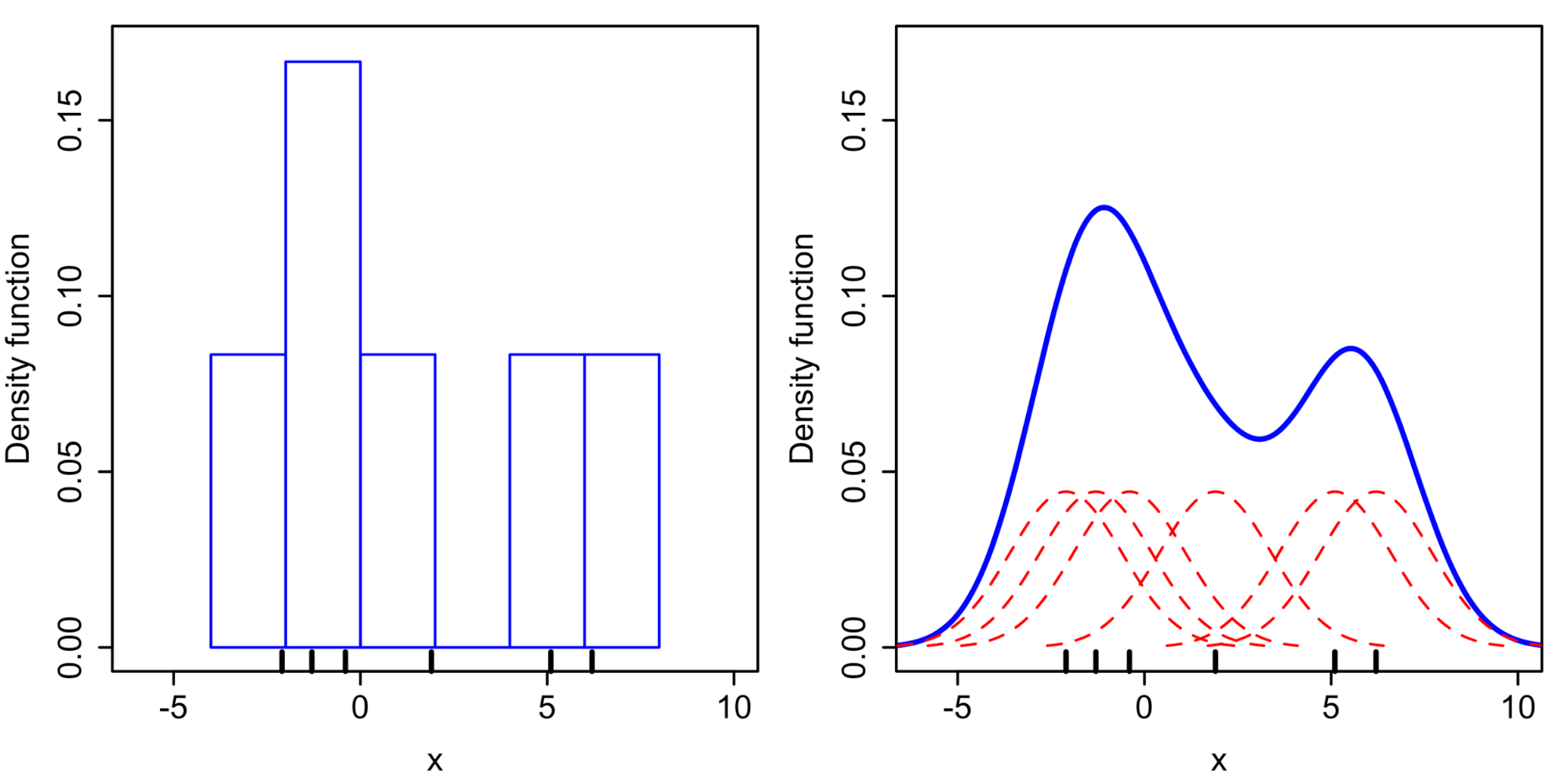 A comparison of histogram and Parzen window estimator taken from [3]. 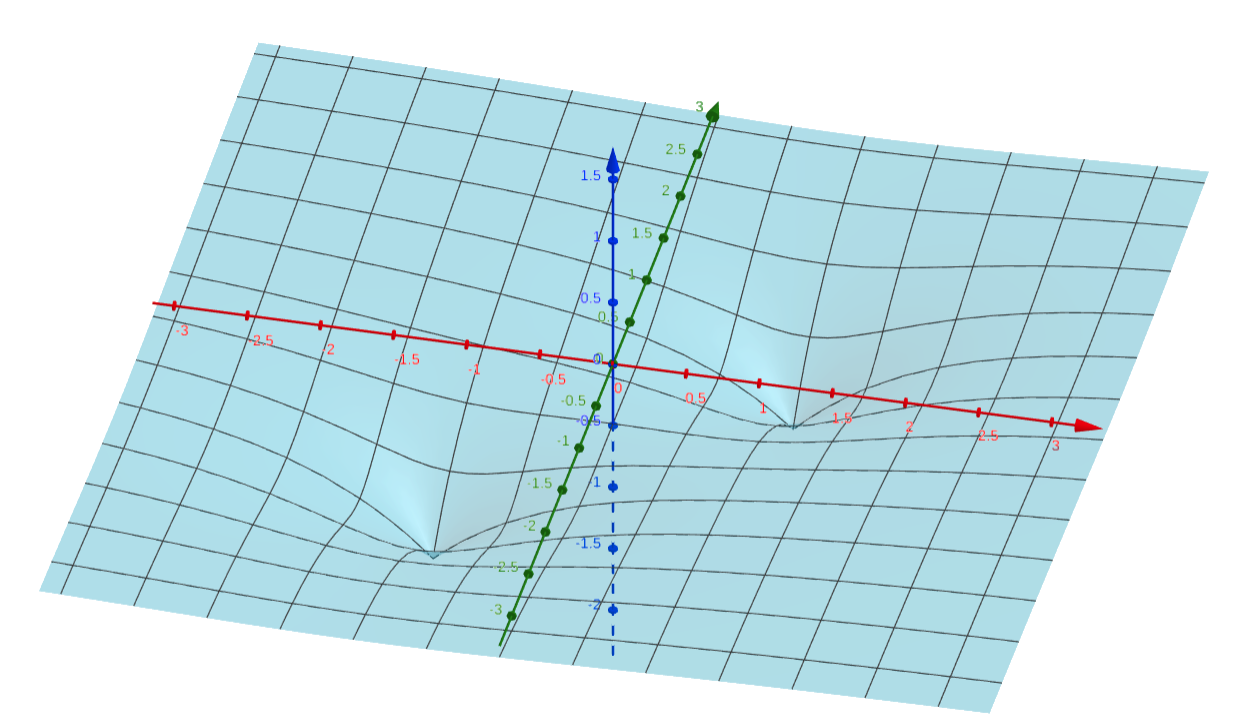 An example of objective function with two minima.

For example, when we have a function with two different minima as in the figure above, hyperparameters are sampled by the (multivariate) TPE as in the following animation. The heat map of the animation shows the density ratio l(x)/g(x). We can see that as the optimization progresses, near the optimal solution, the density ratio becomes high and more hyperparameters are sampled.

From “independent” TPE to “multivariate” TPE

Finally, let us discuss why we need “multivariate” TPE.

A keen reader might notice that the example above with two minima illustrates a scenario where two parameters are clearly correlated. The optimal x0 depends on x1 and vice versa. This is where the multivariate TPE comes into play.

To compare the performance of multivariate TPE against the independent TPE, we took benchmarks of both algorithms.

The benchmark problem was the hyperparameter optimization of a neural network on the HPO-bench dataset [4], where the optimizer can evaluate the objective value at 100 different hyperparameters. For taking the benchmarks, we used a benchmark tool kurobako and repeated 100 experiments per each benchmark. 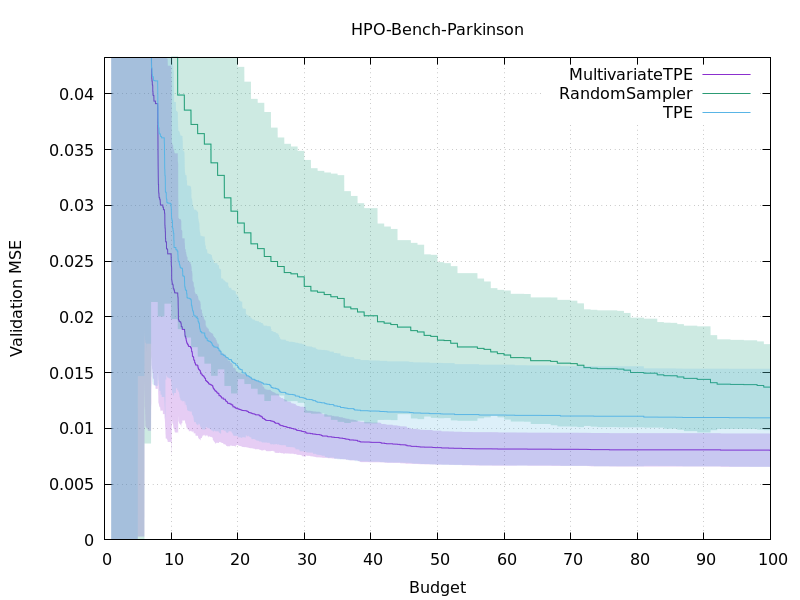 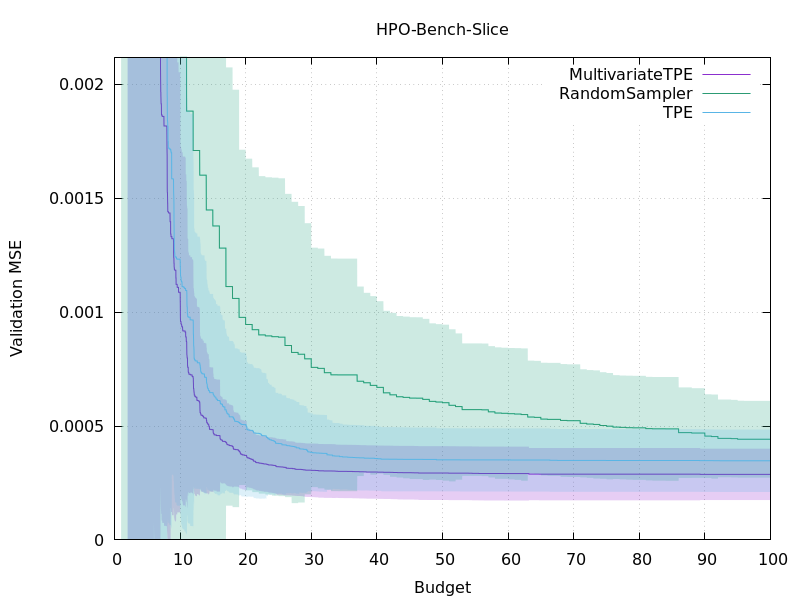 Plots of the performance of different optimization methods.

Head over to GitHub to try it out!

As Optuna is already equipped with powerful pruners, a combination of those pruners with the multivariate TPE would be a promising next step. Indeed, BOHB [5] combines multivariate TPE with the Hyperband pruning algorithm and competitive performance is reported. However, so far in our experiments, no significant improvement was observed by this combination. We consider this is because of the difference in the implementation details. Thus, the refinement of the current implementations of the Hyperband and the multivariate TPE with a view to combining them will be an important future work.