Preferred Networks (PFN) was present at IEEE ICRA 2017, world’s biggest annual robotics conference, as exhibitor, invited speaker, and silver grade sponsor. A total of 3221 people attended the conference this year, which is more than double of last year’s attendance. As robotics is one of the fields of major importance within PFN, we have sent as much as ten of our members to attend ICRA. 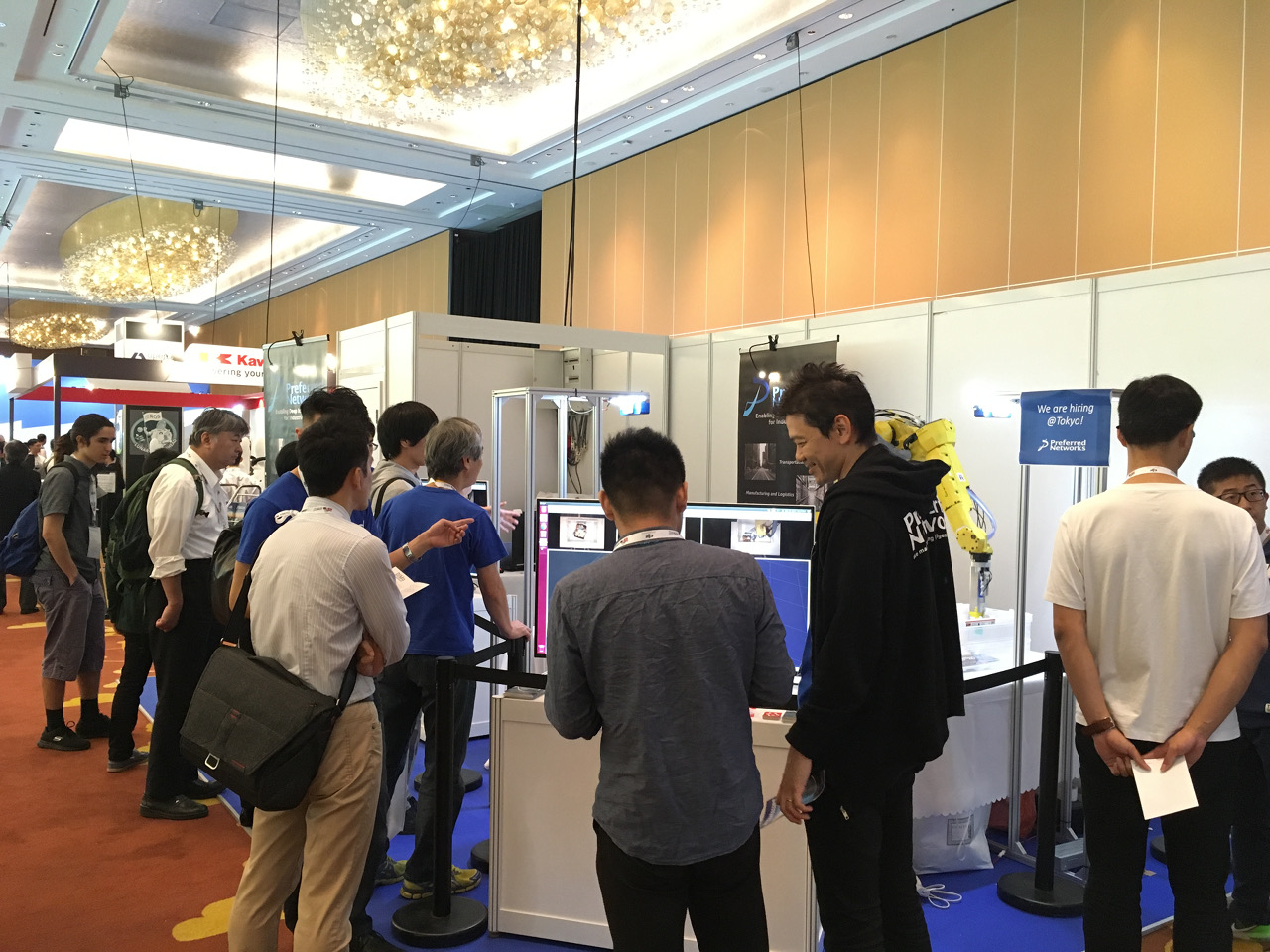 In our booth, we exhibited our improved robotic bin-picking system and attracted a lot of attention due to the system’s ability to handle not only known objects in the bin, but also unknown objects we threw at it, such as the paper cups distributed in the Marina Bay Sands convention centre (see our video for action). Furthermore, we have worked hard on improving the speed of our system since last year’s Amazon Picking Challenge in Leipzig and CEATEC Japan resulting a cycle time of less than 12 seconds, or in other words 300 pick and places per hour!
The improvement in speed was partly realized by detaching the camera from the robot arm, allowing us to capture images and process data while the robot is moving in asynchronous fashion. Moreover, the processing time to generate a 6D grasp pose  stands at an impressive 200 milliseconds after image capture. Additionally, we have raised the workspace awareness of the system by making it handle and avoid mistakes autonomously, thus making it more robust. With the system continuously in development and evolving,  we feel that we have taken great steps forward to industrial deployment of a fully autonomous bin-picking solution and expect even more improvements soon. 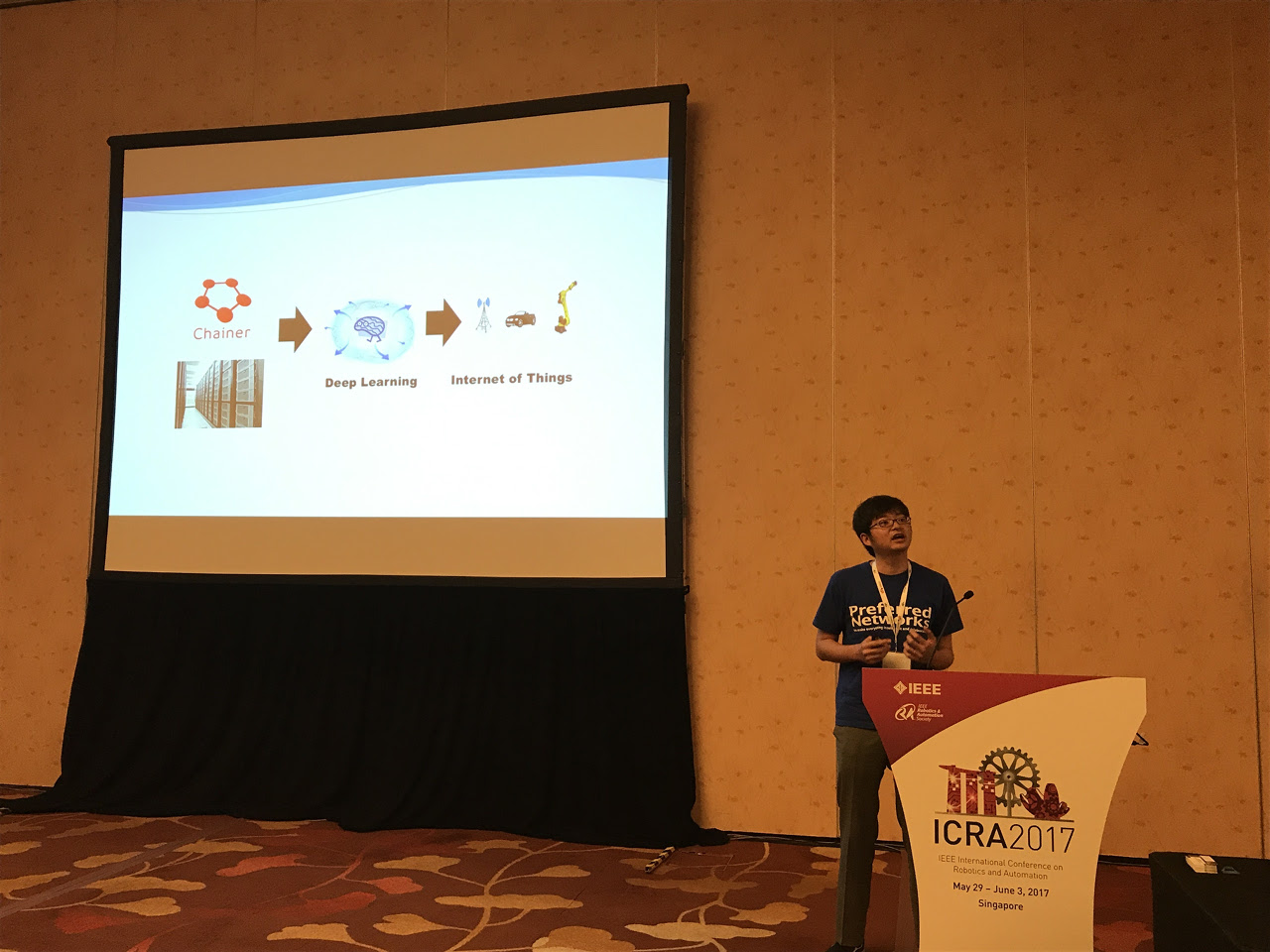 The exhibitor’s area was not the only place where PFN had a big presence; we also had presentations in three workshops and attended over 20 sessions from the main conference. On Monday, we talked about the deep learning technology behind Team PFN’s robotic system1 from the Amazon Picking Challenge 2016 in the workshop on Warehouse Picking Automation. Skipping forward to Friday, we presented research done by an intern of last year’s PFN Summer Internship Program which further extended this technique to generate grasp poses for a three-fingered gripper2 in the workshop on “Learning and Control for Autonomous Manipulation Systems: The Role of Dimensionality Reduction“. On the same day, our CEO Toru Nishikawa gave a presentation about PFN and its role in developing AI for industry during the workshop on “AI in Automation“. In general, the audience was impressed by PFN’s achievements and ambitions for the future.